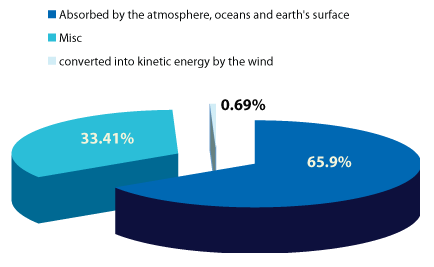 Of the 173,000 TW of solar power arriving at the earth’s atmosphere, 114,000 TW is absorbed in the atmosphere, oceans and the earth’s surface. About 1200 TW of this thermal energy is then converted into the kinetic energy of the wind.

The shearing action of the wind on the surface of the ocean generates currents and waves, involving energy transfer at a rate of around 3 TW. Thus only a tiny fraction of solar radiation is eventually converted into ocean-wave energy. Nevertheless, ocean waves represent a very intense renewable energy resource and the World Energy Council estimates the available energy to be multiple of today’s global electrical energy needs.

Sigma is promoting a patented technology that is based on a simple, effective concept which has minimum impact on the environment, can be used in wave fields as small as one meter, is modular allowing sizing and number of units to suit specific requirements, and also need minimum maintenance.
The entire device consists of the offshore section that includes a wave driven cylindrical float, a hydraulic piston and the anchoring system, in conjuction with the shore section that uses the energy to produce water or electricity, or both. 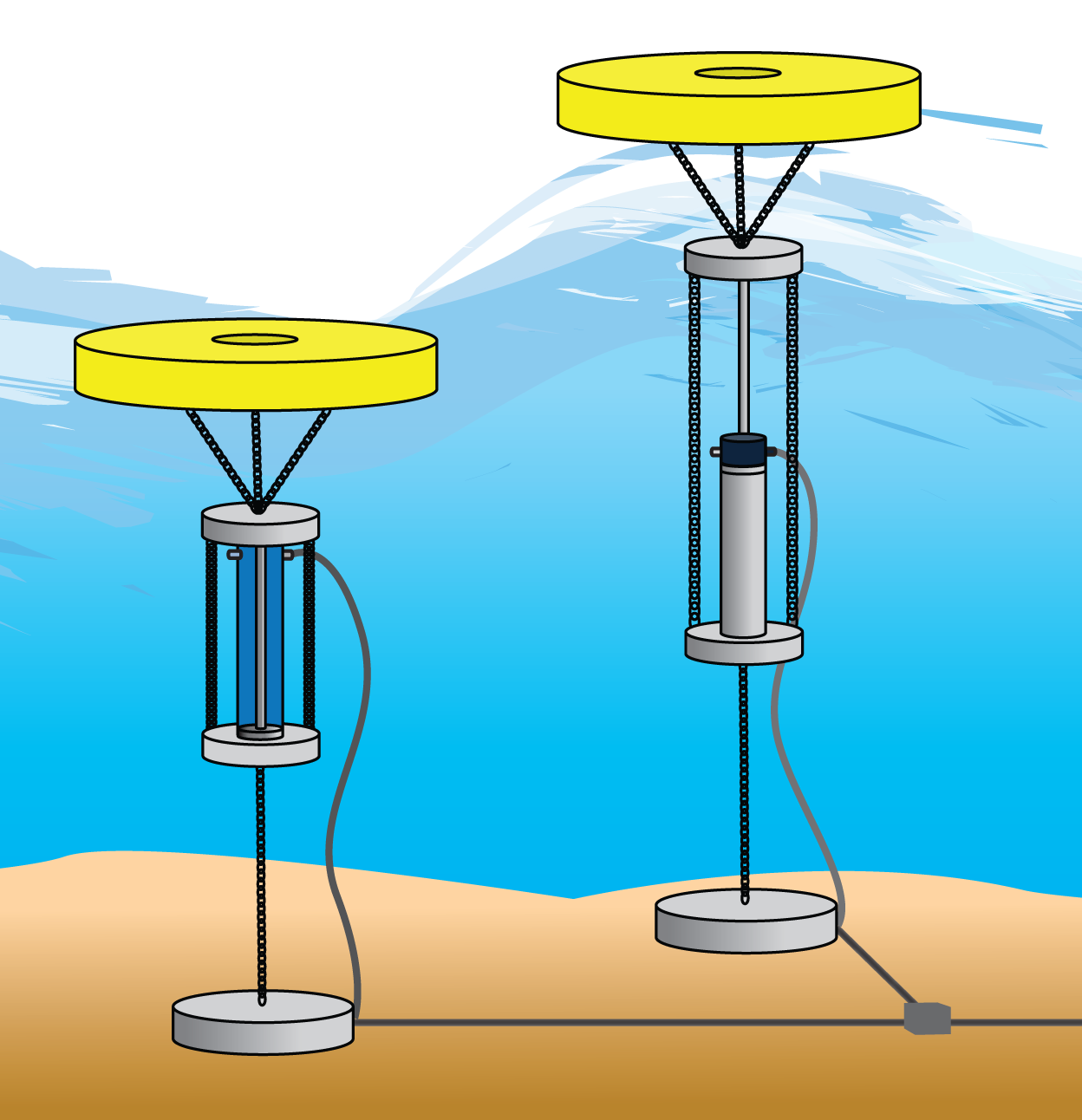 with a user friendly design that maximizes simplicity,

low cost to manufacture,
low running / maintenance costs,
seaworthy, suitable for weathering the worst conditions
operates in a variety of sea conditions and wave directions, even with small waves
it is modular and the production rate can easily be increased with additional units
clean source of energy
no offshore electrical components
minimal offshore aesthetic impact
can be used to desalinate water or to generate electricity

The rising and falling of the waves cause a reciprocating motion of the hydraulic piston due to the buoyancy of the float. Thus, seawater is pressurised and conveyed through a pipeline to a pressure accumulator in the shore section, which regulates sea water pressure and flow in order to be stable. This pressurised water can then be channeled either for desalination through R.O. or for electricity through a hydroelectric turbine.

It is designed for the harsh conditions found at sea with proven mechanical strength in lengthy sea trials, and can continue operating even under storm conditions no matter how high the waves are, as the only thing that can happen is simply for the float to be covered by the water. Its exceptional ability to make use of the smallest waves to provide fresh water also stand out.

It must be mentioned that by having the production section onshore, maintenance costs are minimised, as it is faster and cheaper to do regular maintenance on land and wear & tear is also less than if it was offshore.

Whether the need is permanent or temporary, its modular design is ideal for providing an autonomous solution for any application , such as community drinking water, bottled water, farming, industry, Hotels, pumping water, fisheries, cooling water, humidity production, air conditioning, swiming pools, seawater agriculture, or even personal use. 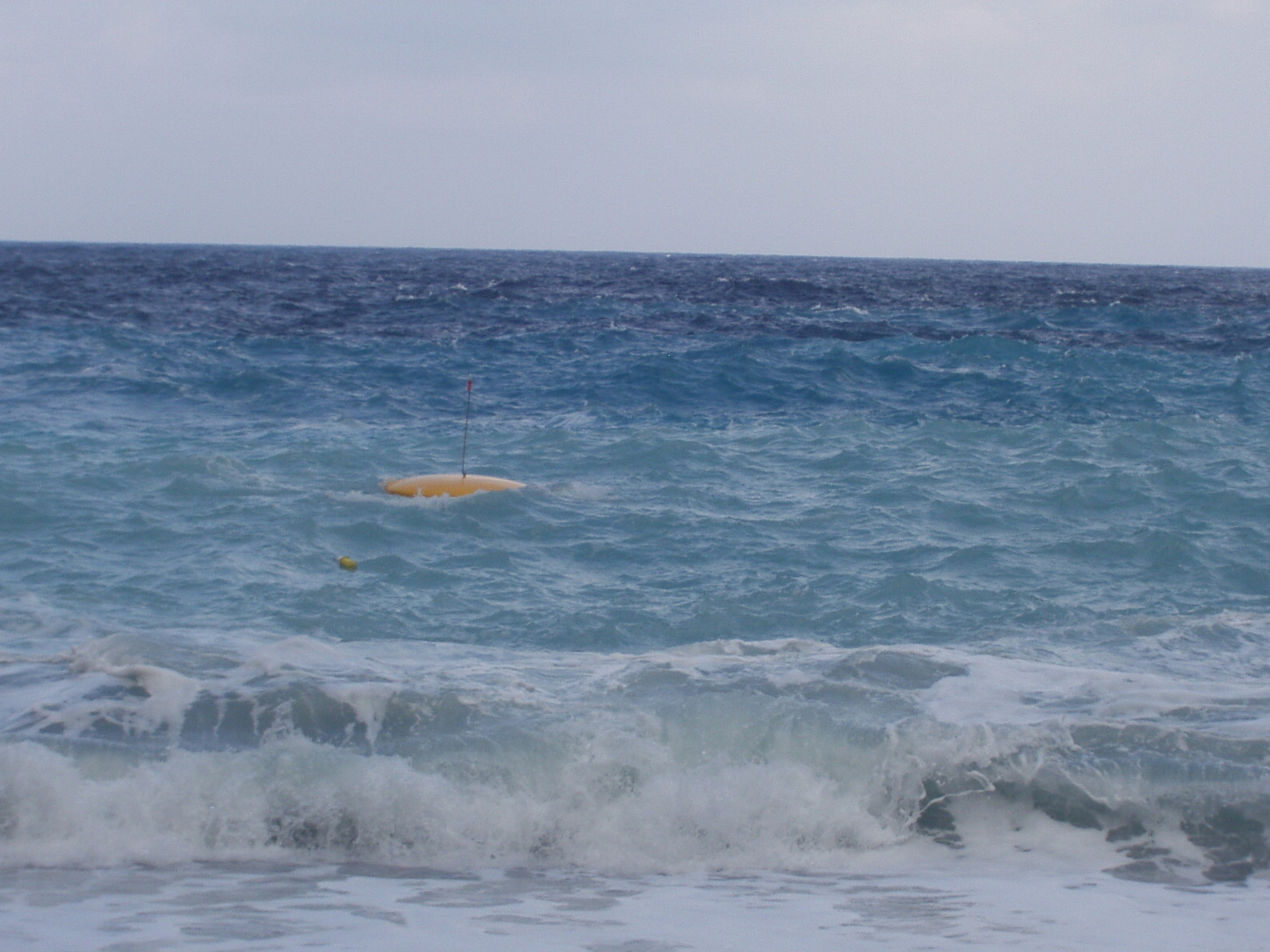 see video of converters in the sea http://www.youtube.com/watch?v=2LhiwXF8ZBo